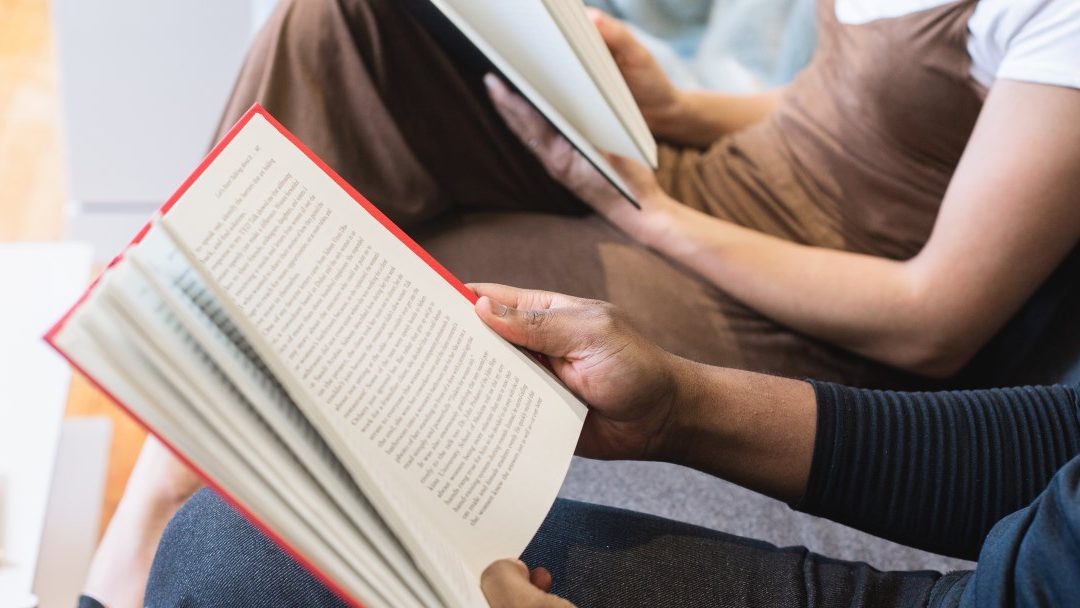 Today’s indie author movement has arisen mainly for two reasons: first, built-up disillusion and frustration with a publishing industry that doesn’t do right by authors, and second, the development of digital technologies (print on demand and the e-book) that have provided authors with the means to bypass the publishing machine and reach readers directly.

More and more authors are becoming aware of the failings of the traditional publishing model and are turning to self-publishing. From 2012 to 2017, the amount of self-published titles grew by 28%. At the start of 2018, independent (“indie”) authors accounted for 57.8% of online ebook sales and 13.8% of online print book sales.

Buy online, or from your local independent bookstore
When buying a book online, don’t go straight to Amazon
Always visit the author’s website
Don’t buy used
The take-away
While more and more authors are making the move to self-publishing, very few readers know anything about it. Few readers understand publishing, and the established order – which leans heavily in favour of the bookseller, distributor and publisher at the expense of the author – continues to benefit greatly from this ignorance.

Where you buy your books matters. Depending on where a book is purchased, the author may receive anywhere from 90% to 4% (or none) of the money you’ve paid for their book. Self-publishing is a great opportunity for authors to reclaim their creations, both creatively and financially. But this opportunity remains limited so long as people continue to buy their books from the same places as before.

Here are four ways to ensure that when you buy an independently published book, your purchase is going to support the author (and not the middleman):

1. Buy online, or from your local independent bookstore

Large chain bookstores like Chapters-Indigo and Barnes & Noble have always been infamously biased against indie authors. Having your book sold in one of these stores requires jumping through many hoops, hoops that cost money and involve financial risks that most indie authors can’t afford. Those who can afford it (or are willing to take the risk) rarely see a return on their investment. Fewer still see profits.

Having a book sold in a major bookstore typically means having to deal with a publisher, distributor, wholesaler, and of course the bookstore itself. Each of these players demands a 20-40% share of the book’s sale price in exchange for passing along the book to the next guy. Once each player has had their piece of the pie, the author is left with a meager slice: on average 7-10% of their own book’s sale price. That means that if the book sells for 20$ in the store, the author touches at most 2$.

When you buy a book in a major bookstore, you’re effectively financing the middlemen: the distributor, wholesaler and bookseller, who had nothing to do with the creation of the book you’re about to read, but who have found a way to profit from its distribution.

Previously, major bookstores were the only way authors and publishers could reach a wide audience of readers. The system worked because there was no better alternative. But today we have the internet. The internet has allowed authors to connect directly with readers and bypass the traditional chain of publisher-distributor-wholesaler-bookstore. When you buy your book online, you’re supporting a system that removes many if not all of the traditional middlemen, leaving a larger piece of the pie for the author (though not always, read point 2).

For those of you who, like me, cringe at the prospect of a future where the internet has wiped all bookstores from the map, there’s always your local independent bookstore. These tend to be more open to dealing directly with authors, and an increasing number of independent bookstores are allotting sections of their floor space to indie-authored books.

2. When buying a book online, don’t go straight to Amazon (or any major vendor for that matter)

Amazon has been great for self-publishing. Its launch of Kindle in 2008 single-handedly kick-started a new wave of self-publishing by providing indie authors with a platform for their e-books that reached thousands of readers. For many authors, the birth of Kindle marked the beginning of their ability to earn a living from their writing.

One could argue that self-publishing wouldn’t be where it is today if not for the role Amazon has played. But let’s not confuse things. Amazon is not an ally of self-published authors. It’s an online vendor. It sells stuff. Its sole objective is to capture as much of the market as possible. In 2008, Amazon saw an opportunity to seize the emerging e-book and self-publishing markets. Now that it pretty much has that market, we’ve seen author revenues from sales on Amazon plummet (largely due to the launch of Kindle Unlimited in 2014, Amazon’s subscription-based service that cuts author revenues down to a fraction of what they once were) and the emergence of distribution and marketing “options” that effectively force authors to give up profits in exchange for visibility.

What Amazon is doing is nothing new. It’s the same as what the traditional publishing industry has done for more than a century: rendering authors dependent, then chipping away at their share of the profits (thus making them less financially secure and even more dependent, creating a vicious cycle in which authors are reduced to cheap-labour content providers for an industry of middlemen).

Amazon’s business model serves two things: Amazon, and the consumer (in that order of importance). When you buy a book on Amazon, you’re feeding a platform that seeks to render authors dependent in order to better squeeze them of their profit margins (just as it has been rendering more and more consumers dependent through services like Amazon Prime). If you want to support the indie author who wrote the book you’re about to read, avoid buying the book on Amazon.

Of course, the issue with Amazon is that it’s convenient. Amazon has succeeded by making things easy (and cheap) for the consumer. With half of U.S. households estimated to be enrolled in Amazon Prime by 2020, a serious question faces us today: how much are we willing to give up for the sake of convenience?

As I said earlier, the internet has been a powerful liberating tool for authors. Just as it helped to propel the indie music movement in the early 2000s by providing a way for musicians to bypass the big record labels, the internet has allowed authors to free themselves from the yoke of commercial publishing by providing a more direct route to readers.

Today it’s possible for an author to have her or his own e-commerce website. This is a website that contains a virtual shop where you can buy the author’s book (in print and/or e-book format).

When buying a book from the author’s website, you’re buying directly from the author. In many cases the author is the one receiving your order and personally shipping out your copy of the book. In some cases, order fulfillment may be managed by someone else (a print-on-demand service). The sale is about as direct as it gets. It’s the digital equivalent of showing up at an author’s house and handing them a twenty dollar bill in exchange for their book.

When buying a book from an indie author, always start by checking if they have an author’s website. If they do, and the book is purchasable there, buying it through their website is the best way to directly support the author.

If the book isn’t purchasable on the author’s website, or (god forbid) the author doesn’t have a website, try to get in touch with them and ask what’s the best way to buy their book. (While you’re at it, tell them to get an e-commerce website.)

I can already see the eyebrows raising at this last point. Don’t buy used? Have I considered the ecological implications of only buying new?

I’m aware of the implications. In suggesting that you not buy used, I’m not expressing my support for the commercial book industry. The commercial book industry prints millions of books each year, 80% of which end up incinerated, thrown out or recycled. It’s an ecologically devastating model, one that hopefully will soon disappear, to be replaced by a model that emphasizes shorter print runs and print on demand.

When I say not to buy used, what I mean to say is avoid buying indie-authored books used. There’s no way for authors today to be compensated for the purchase of a used copy of their book. When you buy a used book, 0$ go to support the author who wrote it. Which is a shame.

When possible, buy new and buy directly from the author if he or she is an indie. For a self-published author who is trying to make a living from their writing, every sale counts and brings them that much closer to financial and creative independence.

As a general rule, the more direct the sale, the better it is for the author. When possible, buy your books directly from the author – whether in person at a book fair or book signing, or online by visiting the author’s website.

The indie author movement isn’t just about how authors publish books. It’s also about how readers buy them. We have lots to gain from bringing as much care to our book purchases as we do to our grocery lists: how was this book made? Who am I buying it from? Are the dollars I’m spending going to support the person who spent months if not years creating the story I’m about to read, or are my dollars going to finance a system that disenfranchises authors and prints books in order to send the vast majority to the incinerator?

This site uses Akismet to reduce spam. Learn how your comment data is processed.

"Choosing the right paper for your book"

"How to get an ISBN for your book in Canada"

"Getting a printed and bound test copy of your book"